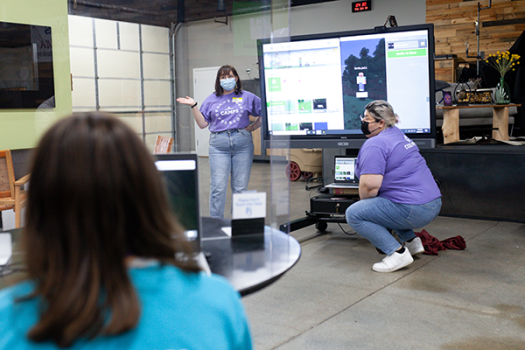 Orland Park, IL - The Bridge Teen Center has welcomed two more of its former students back to teach a program during its summer semester. Lizzie O’Hearn and Micaela Wagner were thrilled to return to give back to the place that had such a profound impact on their teenage years. They were ready and excited to pour into the next generation of Bridge Students, as they taught them computer coding through the game Minecraft.

Both O’Hearn and Wagner shared story after story of all the memories they had from their time at The Bridge, despite the fact that they graduated almost ten years ago. “I went here so much... I would have friends from all different parts of my life [here]....It’s so funny because even to this day I’ll [see people and] be like, ‘Oh I know them! They went to The Bridge with me,’” said O’Hearn.

Wagner also shared many fond memories from her time spent at The Bridge as a teen, and expressed her thankfulness for the meaningful friendships she was able to make. “I still talk to every single one of the friends I went [to The Bridge] with,” she shared.

Now young adults working at Code Ninjas, an organization in Tinley Park, Illinois specializing in teaching kids computer coding, the two young women returned to teach a program on computer coding at The Bridge. Students learned how to write code while creating their own city in the game Minecraft.

This marks the fourth and fifth Bridge Alumni to return this summer to give back to the place that poured into them as teens. O’Hearn shared her excitement over leading a program, saying, “I really wanted to come back...It makes me feel...proud that I can come and do the same thing that the volunteers did for me when I was a kid.”

The Bridge Teen Center just celebrated its 11th anniversary in June of 2021. Both O’Hearn and Wagner attended during The Bridge’s very early years, between 2011 and 2015 and shared memory after memory of different ways The Bridge impacted their lives.

“For eleven years now, The Bridge has been a safe place for teens to grow in our community,” shared the organization’s Founder and Executive Director, Priscilla Steinmetz. “It’s humbling and a great joy to see our former students want to come back to give the next generation of teens the same positive experiences they had, after all that is what we hope to instill in teens, to be contributors not just consumers.”

Warner was not shy about encouraging potential new students to give The Bridge a try, saying that they should, “100% do it.” She also offered a heartwarming warning to Bridge students: “Be prepared that you’re not going to want to let it go [when you graduate].”

All programs and events at The Bridge Teen Center are FREE and open to teens currently in 7th-12th grade with an approved student membership. Students who will be entering 7th grade in the Fall are eligible for membership this Summer. Students that are not members can apply for a free student membership here. 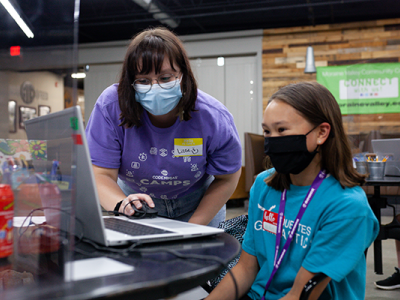 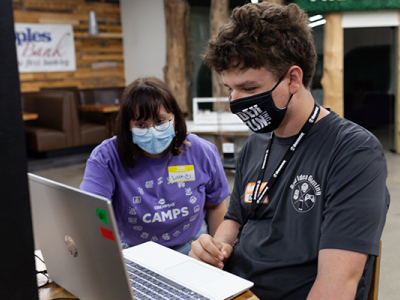